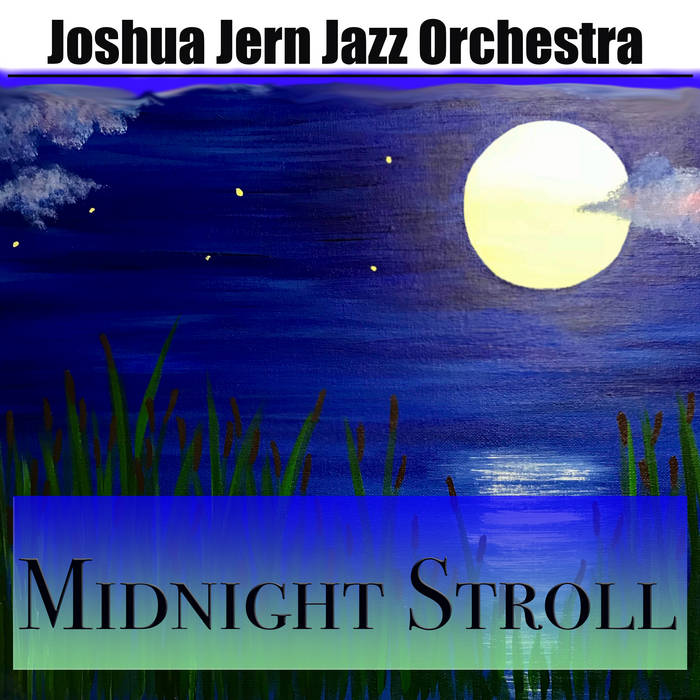 Jern himself is an accomplished local Chicago trumpet player. Having studied trumpet with such world renowned big band trumpeters Roger Ingram and Rob Parton (Rob Parton Big Band, UNT Professor of Jazz Lead Trumpet), Jern keeps busy with theatre work, occasional rock tours, and various Chicago-based big band projects when not running the Joshua Jern Jazz Orchestra. He studied composition with big band composition legend Tom Garling, trombone player and composer/arranger for Maynard Ferguson, Buddy Rich, Frank Mantooth Big Band, Rob Parton Big Band, and the Chicago Jazz Ensemble, to name a few. The tracks on Midnight Stroll are eclectic in style, maintaining a classic, almost vintage sound while weaving in such modern elements of cutting edge big band and fusion as to make for an album that feels familiar yet sounds fresh and energetic. Joshua Jern is not afraid to write music that pushes some boundaries of how big band music can sound, but there are plenty of tracks that just plain swing! There is something on this album to satisfy big band jazz fans of all different tastes, from the first funky beats of the title track to the final swingin’ lines of the last cut.

Bandcamp Daily  your guide to the world of Bandcamp

Featuring Gary Bartz, 5 years of Rhythm Section Intl and an LP of the week by Nicolas Jaar